“The Young” Tchaikovsky and Rising Stars 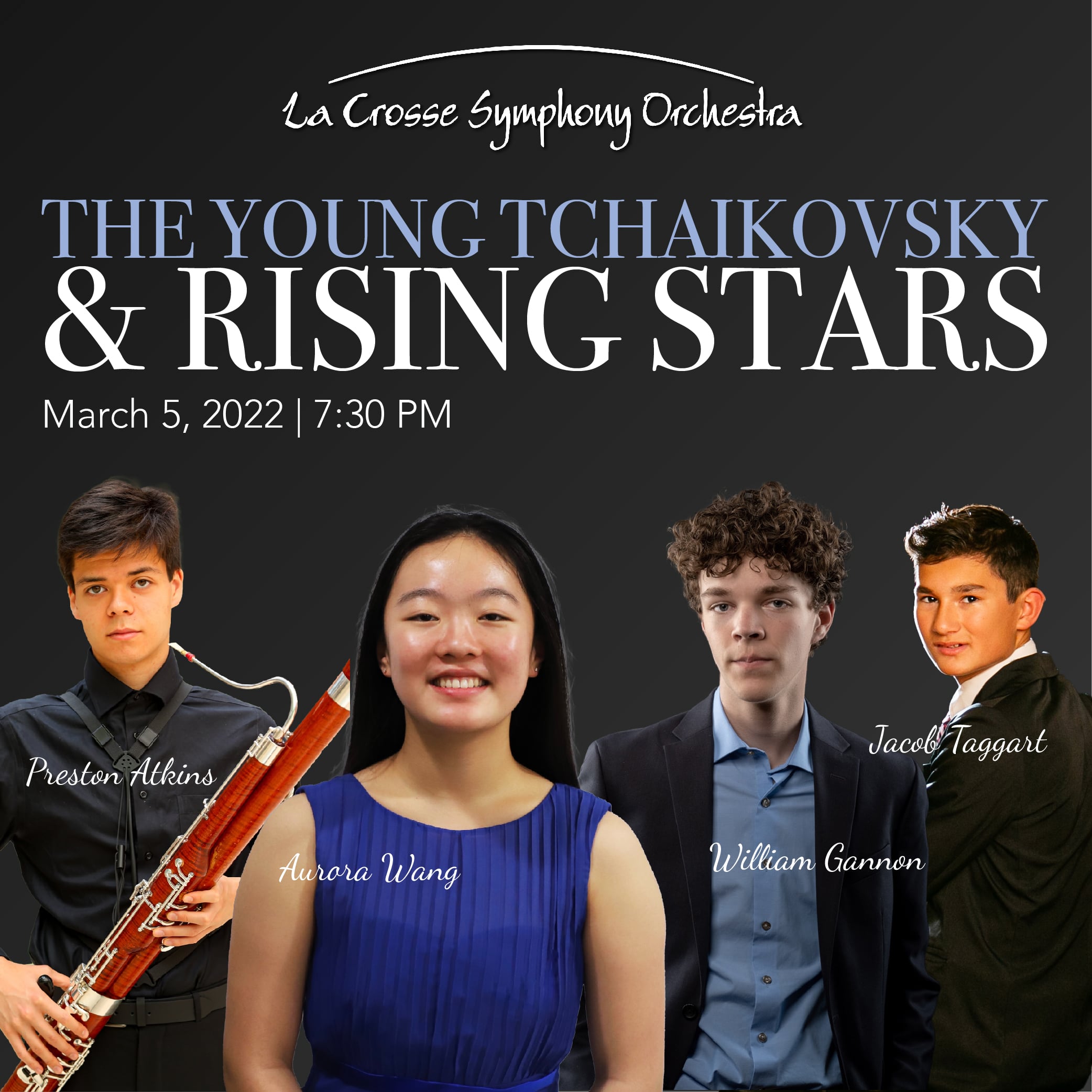 “The Young Tchaikovsky and Rising Stars”

Tchaikovsky: Symphony No. 2 in C minor, “The Ukrainian”

Join the LSO as we once again showcase the talents of three of the finest musicians from our entire region, playing movements from famous virtuoso concertos from memory in the real-time final round of our annual Rising Stars Competition.  While the jury is choosing the grand prize winner — our 2021 Rising Stars winner will perform on piano. For the second half of the concert, in a move to show solidarity to those in the Ukraine, we will now be performing the Second Symphony of Peter Tchaikovsky, a series of movements that tell Ukrainian folk tales as we support the people of Ukraine in spirit and music. As a collaboration with the symphony to show solidarity, Viterbo’s Concert Choir will open the second half of the concert with a performance of the Ukrainian Prayer for Peace.